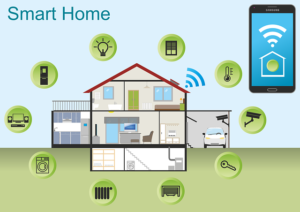 Around the turn of the millennium, Bill Gates’ new home in Medina, Wash., was considered a marvel of automated home technology. Estimates of the cost of the home ranged from $60 million to more than $100 million, and it boasted automated controls for every system, from lighting and HVAC to media and security. News articles reported with amazement that as family members and guests wearing microchip pins moved about the house, lights and the music or video of their choice would go on as they arrived in a room and fade out in the room they had just left.

Now, many of the features in Gates’ manse are available to mere mortals—otherwise known as new-home buyers who are not the richest man on earth. Most of us are familiar with self-programming thermostats that adjust the heat and AC according to our routines. But new gadgets and systems are being introduced every day. There are HVAC systems that let you know when a window is open, so you’re not losing heating or air conditioning to the outdoors; flooring that breaks down airborne contaminants; a refrigerator with a built-in air purifier that destroys mold and bacteria every 20 minutes; and automatic watering systems that tap into local weather reports and turn themselves on and off as needed.

These are all fun things to think about, but the larger question for builders is, do buyers really want these products in their homes? And, more importantly, will they pay for them?

Apparently, the answer to both questions is yes.

Icontrol Networks, a software and product company in the security and connected home business, recently conducted an extensive consumer survey about smart homes, and the results are pretty interesting.

Here are some of the most salient numbers:

Overall, 54% percent of consumers are excited about the prospect of incorporating smart home features in their houses;
90% say that security is one of the top reasons to purchase a smart home system;
70% are interested in the potential savings from energy efficiency and monitoring;
Nearly 60% want the devices to operate on their own. Users don’t want to have to prompt the devices to action.
The survey also asked the respondents which smart home features they were most interested in having. At the top of the list was smart thermostats, followed by: doors that can be locked from a remote location; a master remote for all household preferences; home monitoring cameras; and automatic outdoor lighting.

And the paying-for-it part? In the Icontrol survey, 85% of Millennials said that they would pay extra for a smart home, with 10% of those saying they would pay $5,000 or more. However, the number of respondents who say they will pay for the systems goes down as their age goes up.

Another survey, this one of home builders by the Consumer Electronics Association, says that a growing number of builders are deciding to offer and install smart home technology because of its profit potential. Nearly one in three survey respondents reported an increase in revenue in 2014 as a result of these offerings.

In practice, I’ve heard from some builders that although they offer home technology features, many buyers still prefer upgraded cabinets and finishes as the way to spend their options and upgrade dollars. Based on how quickly the Internet of Things is taking hold in consumers’ consciousness, though, it seems that the tipping point between nice-to-have and must-have isn’t far away.

If you’re not already making smart home technology a part of your new homes, it’s time to start.

It would be a smart thing to do.